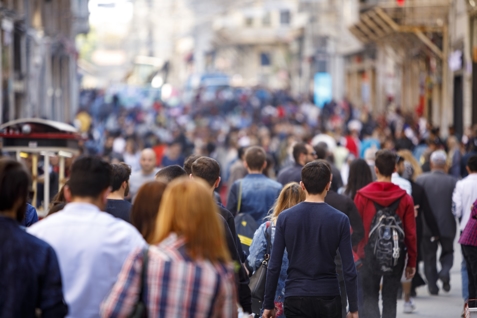 Indecent exposure; everyone has heard about it, but few really know and understand the legal definition. Most people think about men showing women their genitals, but, in order to be arrested and convicted it takes more than that.

So, what is indecent exposure in the state of California?

Indecent exposure is defined in Penal Code 314[1], which basically makes it illegal to expose your private areas to another person (or group of people). However, in order to be charged with this offense, several additional things must occur.

You must expose some part of your body that is private. This no longer just means genitals. It can also include your buttocks or even your breasts.

You must also be doing so with intent. People accidentally expose themselves where they don't mean to flash someone. However, if you are exposing yourself in order to make another person uncomfortable, you may be accused of indecent exposure.

Indecent exposure must also take place in public. If you are showing your private parts to someone in the privacy of your own home, you can't be convicted of indecent exposure. Instead, it has to be done at a public place, including any businesses, public venues, or even outside.

While urinating in public is seldom alright, there is usually a debate on whether a person can be accused of indecent exposure. Most of the time, offenders will face a lesser charge, though if they urinate in public where others can see them, there is a chance that they will have to face an indecent exposure arrest and charge.

So, the legal definition of indecent exposure is broader than what most people think. It covers any person who, in public, exposes their private parts to another person, with the intent to make the other person uncomfortable.

If you were arrested for indecent exposure, call our law office to talk to an experienced Riverside County criminal defense attorney. We represent both adults and minors/juveniles in the greater Riverside County area, including the cities of Murrieta, Wildomar, Lake Elsinore, Menifee, Temecula, Hemet, Corona, Winchester, Riverside, Banning, and all other surrounding areas. Contact us today to have the Law Office of Nic Cocis provide a complete evaluation of your case during a free, confidential consultation.

Every person who willfully and lewdly, either:

1. Exposes his person, or the private parts thereof, in any public place, or in any place where there are present other persons to be offended or annoyed thereby; or,

2. Procures, counsels, or assists any person so to expose himself or take part in any model artist exhibition, or to make any other exhibition of himself to public view, or the view of any number of persons, such as is offensive to decency, or is adapted to excite to vicious or lewd thoughts or acts, is guilty of a misdemeanor.

Every person who violates subdivision 1 of this section after having entered, without consent, an inhabited dwelling house, or trailer coach as defined in Section 635 of the Vehicle Code, or the inhabited portion of any other building, is punishable by imprisonment in the state prison, or in the county jail not exceeding one year.