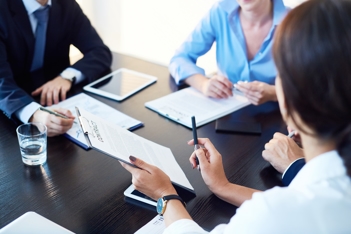 California gun laws are known to be some of the toughest; certain people, including those who have been convicted of any felony or specific misdemeanor crimes, are not allowed to own or even possess a gun at all. Those who do own guns must follow the state's laws about where and how you carry it, store it, and fire it.

Illegal Discharge of a Firearm

For those individuals that can lawfully possess a firearm, it's illegal to discharge it in a variety of situations. This includes in an occupied vehicle, building (e.g. home, apartment or cabin), or any aircraft. In some cases, it may be permissible to fire on an uninhabited building or vehicle with the owner's permission while following all other applicable laws; however, it is unlawful to fire at any unoccupied aircraft or an unoccupied building or vehicle without permission.

Negligent Discharge of a Firearm

"… any person who willfully discharges a firearm in a grossly negligent manner which could result in injury or death to a person is guilty of a public offense and shall be punished by imprisonment in a county jail not exceeding one year, or by imprisonment pursuant to subdivision (h) of Section 1170."

Defending Yourself Against a Charge of Negligent Discharge of a Firearm

Negligent firing of a weapon is a serious criminal charge that can result in jail time and a lasting blemish on your record. As a result, it's essential to have a compassionate, knowledgeable professional on your side. We will examine the details of your case to see if there was, perhaps, no chance of anyone actually getting hurt at the time of the discharge or that it was purely accidental or you were acting in self-defense. Even if there doesn’t appear to be any legal defense, we will fight for fair punishment so you can get back to your life as quickly as possible.

Since 1999, our law office has represented many individuals who were arrested for negligent discharge of a firearm in Temecula, Menifee, Murrieta, Wildomar, Lake Elsinore, Hemet, Perris, Corona and the surrounding Riverside County cities. We can help!