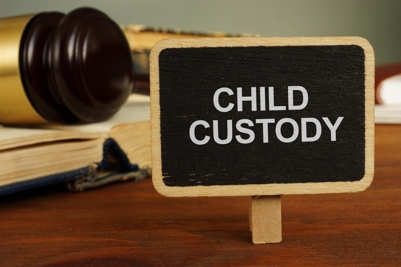 Child endangerment, in a nutshell, involves putting the child in harm's way. It is defined under Penal Code 273a as willfully exposing a child under the age of 18 to unjustifiable pain, suffering, and danger. For example, if you are to drive under the influence of alcohol and a child is in the car, you can be prosecuted for child endangerment because the child is at risk of suffering some form of harm around you.

It is a broad crime that can be prosecuted in a number of ways. However, it is distinct from child abuse because child abuse typically involves harming the child.

What Are The Potential Penalties For Child Endangerment Under Penal Code 273a?

Child endangerment can be prosecuted as either a misdemeanor or a felony, and the penalties depend on the severity of the act.

Less serious offenses may be classified as misdemeanors. In such a case, the potential penalties aren't stringent but can be life-altering.

Penalties for misdemeanor child endangerment in Riverside County, California include:

On the other hand, if it is established that the child was at risk of death or great bodily injury, then the prosecution may charge the accused with a felony. If the crime is classified as a felony child endangerment, you may be subject to the following penalties:

What Is Required to Establish Child Endangerment Charge In Riverside County?

It is important to note that the prosecution will need to prove the facts beyond reasonable doubt for the conviction to be successful.

Like most criminal cases, you can't be convicted without being afforded the chance to defend yourself. In essence, a competent and qualified criminal defense attorney can help you build a robust defense.

The following are some of the common defenses that can be invoked in your case:

There are multiple reasons that can lead to a false accusation of child endangerment. For example, you and your partner may be in a custody battle. Therefore, your other partner may find it viable to accuse you falsely in order to gain custody.

If this is the case, your attorney may bring this to the court's attention and seek further investigation into the matter. Consequently, information gathered from text messages, emails or social media may provide sufficient evidence that the accusation of child endangerment is an act of malice.

Child endangerment will be prosecuted as a criminal offense rather than a civil action if willful conduct is involved. As such, by proving that the act was an accident or that it was not intentionally done, may be a defense to any criminal charges.

If you are a parent, you are allowed to discipline your child. However, the act of discipline must be reasonable. This means that the act should not involve excessive force and, at the same time, the punishment should be warranted.

If you have been arrested for child endangerment in Murrieta, Temecula, Menifee, Lake Elsinore, Wildomar, Winchester or Hemet, you need a competent and experienced criminal defense attorney on your side. At the Law Office of Nic Cocis , we have been successfully defending clients facing child endangerment charges in Riverside County for more than two decades. We have the skills to build a robust defense.

Contact us today to schedule a free case evaluation and learn more about the potential defenses to a charge of child endangerment in California.