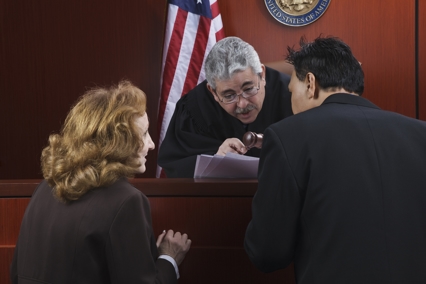 Murder charges are always serious, though there are two different degrees. Each one has its own degree of seriousness, as well as punishments. The worst type of murder is considered first-degree, though there are also second-degree, involuntary manslaughter and attempted murder.

So, what is first-degree murder?

A first-degree murder charge is the most severe murder charge that you could be accused of. If convicted, you are looking at a sentence of twenty-five years to life or life without parole, though you may also be looking at the death penalty.

There are many reasons why you might be charged of first-degree murder, but the most important factor is that the murder has to be planned. Though most people think that this means that you needed to plan days, weeks, or even months ahead of time, time doesn't really matter. You could have decided to go through with it that day or hour. Premeditation can be very hard to prove, meaning that most first-degree charges are dropped to a lower degree.

Premeditation is not the only way you can be convicted of first-degree murder. Other reasons include killing a police officer or performing an act of terrorism.

People sometimes accidentally kill someone while they are committing an altogether different felony. For example, as a result of a fight or as a consequence of abuse (no matter their age), you may also accidentally kill that person. You can be charged with second-degree murder.

Whenever you are charged with murder, no matter what degree, you need to hire a good lawyer. A good lawyer will discuss your options to determine the best way to fight for you. Their goal is to get your charges dropped completely. However, that is not always possible and they will fight to get you a lesser sentence.

If you have been accused of murder, hire the best lawyer that you can afford. It could make the difference in regard to how you spend the rest of your life!

Nic Cocis is an experienced criminal defense lawyer who represents adults and minors/juveniles in the greater Riverside County area, including Murrieta, Wildomar, Lake Elsinore, Menifee, Temecula, Hemet, Corona, Winchester, Riverside, Banning, and all other surrounding areas. Contact us today to have the Law Office of Nic Cocis provide a complete evaluation of your case during a free, confidential consultation.
Categories